In this article, a modified version of the ProductRetailDemo model is used as a reference. Here is the use case: there are 2 existing groups of business users having different privileges: 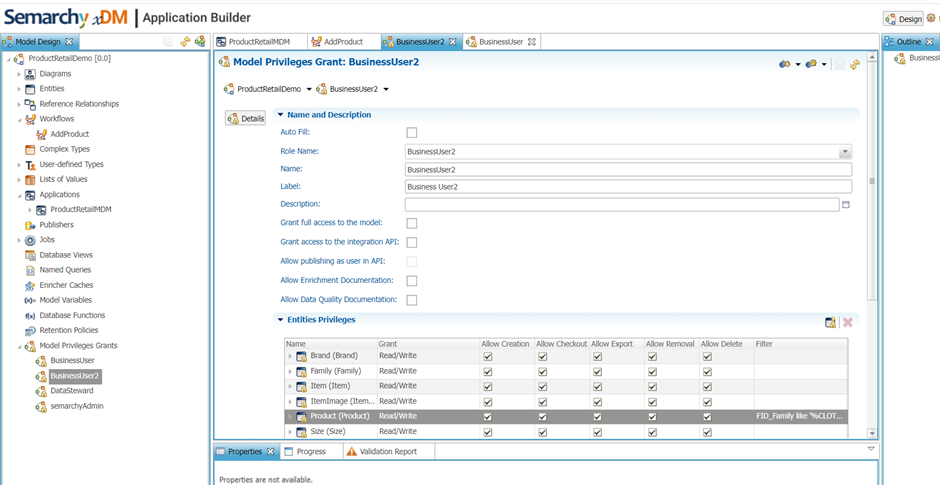 Now, the new requirement is to give both roles access to the same workflow task to create a product. This seems not possible as the Assign To Role expects a single role.

The trick is to create a third role that will be assigned to all users in addition to their existing business user role. 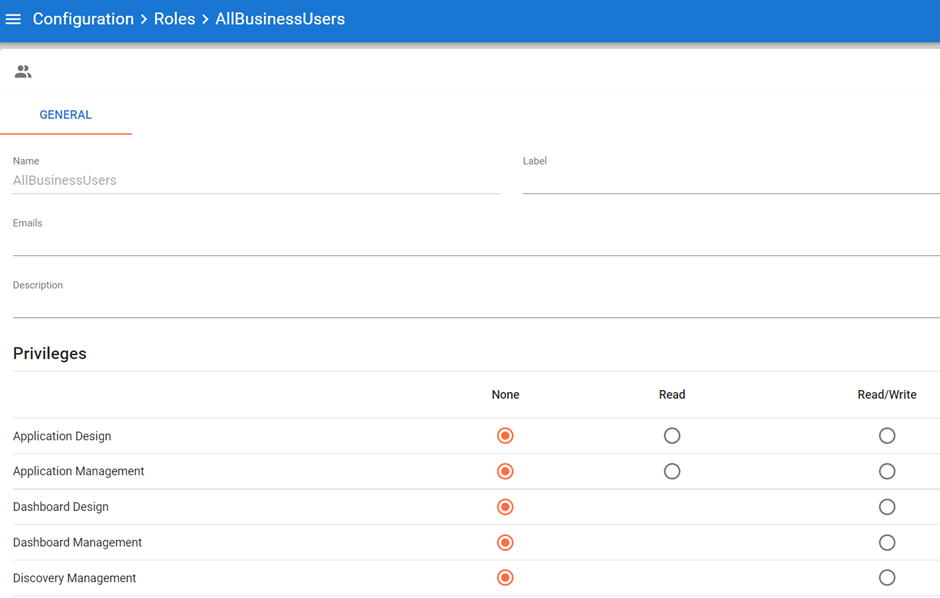 2. Assign the role to all users that already the BusinessUser or BusinessUser2. In the following example, we assigned the new role to users businessuser and businessuser2 :

3. In the Application Builder, open the Add Product workflow, select the Create a Product task, and then set Assigned to roles to AllBusinessUsers: 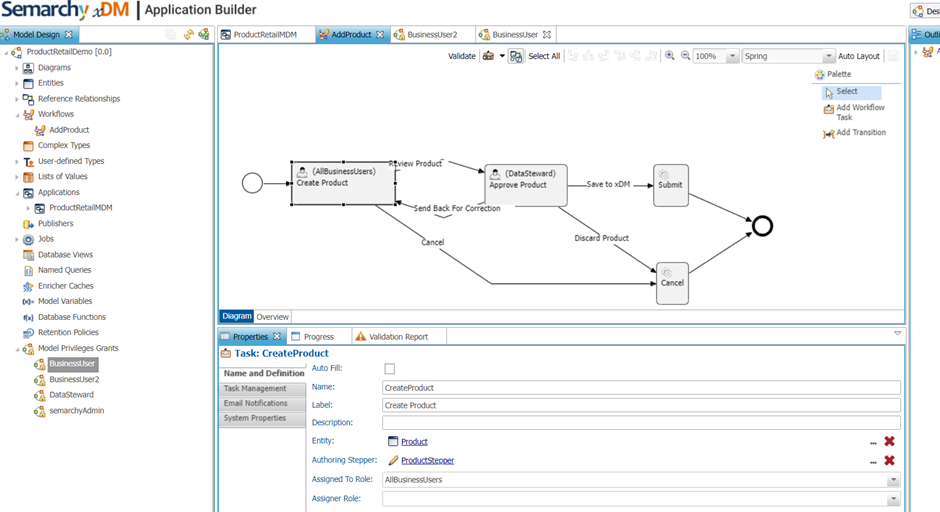 4. Save and deploy the model.

5. Open a new incognito window and connect successively with users having the BusinessUser and BusinessUser2 roles. Business users still have their data filtered according to their initial role, but both now have access to the Add Product menu, to start the product workflow creation.

Did you find it helpful? Yes No

Send feedback
Sorry we couldn't be helpful. Help us improve this article with your feedback.